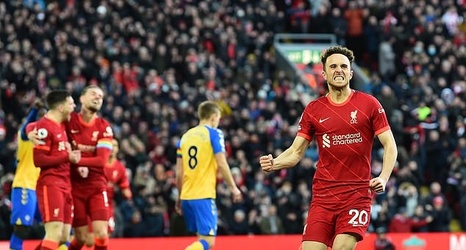 They were streaming for the exits well before the final whistle, in the quick and quiet manner that tells you there has been a drubbing.

What made the scene unusual was the fact it was Liverpool fans making an early dart rather than those from Southampton, who at one stage would have feared they were on course for a skewering comparable to the 9-0 defeats that Leicester and Manchester United have dished out to them in recent years.

Perhaps Anfield regulars are becoming accustomed to goals, goals, goals and, with the game long since won, they took the chance to beat the freezing elements and head for home safe in the knowledge that another three points had been collected without a moment’s concern.