Jürgen Klopp on James Milner: 'I'm blessed to manage him' 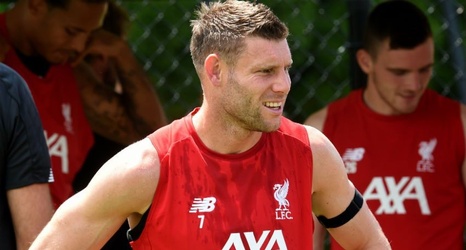 The upcoming campaign represents the fifth of Milner’s Anfield career and the No.7, now 33 years old, has looked as fit as ever in the early weeks of pre-season.

The Reds’ friendly wins over Tranmere Rovers and Bradford City that preceded their tour of the United States both featured impressive 45-minute run-outs from Milner, who netted twice at Valley Parade last Sunday.

And Klopp has explained why the Champions League-winning midfielder’s influence is of vital importance to his squad, both on and off the pitch.

Inside Training | Behind the scenes in the USA

“There have not been many,” the boss told Liverpoolfc.