Jurgen Klopp: Liverpool boss says there is no pressure despite quadruple on the line 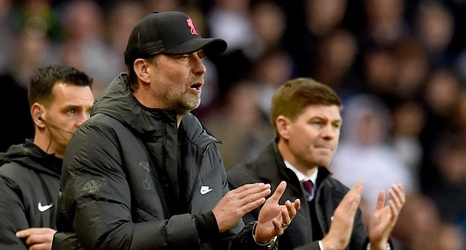 Jurgen Klopp says there is no pressure on Liverpool as they put their historic quadruple pursuit on the line on the final day of the Premier League season.

The Reds, who have won both domestic cups and are in the Champions League final, have cut a 14-point deficit to leaders Manchester City to one point before Sunday's finale.

While City host an Aston Villa side managed by former Reds captain Steven Gerrard, Klopp's team face Wolves. "For us, it is pretty positive, it is so special," said Reds boss Klopp.