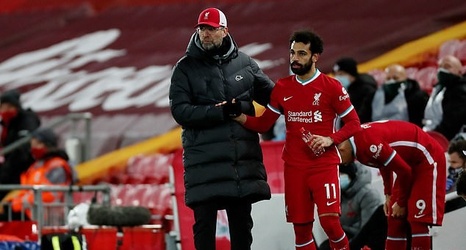 Jurgen Klopp claims speculation over Mohamed Salah's future at Liverpool will not disrupt the Premier League champions' season ahead of a difficult fixture list.

Egyptian star Salah caused a stir in December by revealing he would be open to a move to either Real Madrid or Barcelona but insisted his fate is still in the hands of Liverpool.

With Liverpool struggling for league form after a five-game winless, including four games without a goal, Reds boss Klopp insists talk of a potential Salah exit is not a distraction.

When asked whether Liverpool could be affected by the speculation surrounding Salah, Klopp said: 'I don't think so.