Jurgen Klopp has NO plans to add to Liverpool squad this summer despite a mini injury crisis overshadowing the build-up to their season opener at Fulham... with title-chasing Reds without SIX players for trip to London 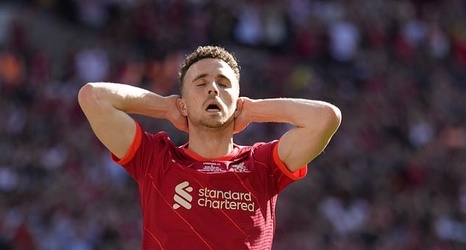 Jurgen Klopp has no plans to go back on his word and buy a new player even though Liverpool begin the season with a mini injury crisis.

Liverpool face Fulham on Saturday and will be without six players - including defender Ibrahima Konate and forward Diogo Jota.

Konate could be facing more than a month on the sidelines while Jota, who this week signed a new contract, is not yet in full training.

Jurgen Klopp is refusing to over-react, however, and says he has no plans to sign new players

Konate's injury means Klopp will not allow Nat Phillips - the £12million-rated centre back who is a target for Fulham - to leave yet.