Jurgen Klopp confident Liverpool's arch rivals Man United have a strong enough squad do Liverpool a favour in against Leicester in their pursuit of top four... despite the Red Devils facing THREE games in five days 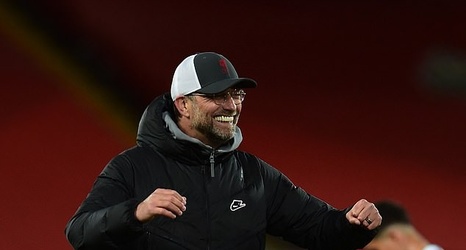 Liverpool manager Jurgen Klopp believes Manchester United have a strong enough squad to still be able to do them a favour in a potentially-decisive week in the race for the top four.

Starting on Sunday United face three matches in five days but it is the midweek games against Leicester and then Klopp's side which will have a significant bearing on who plays Champions League football next season.

Liverpool's less-than-convincing 2-0 win over Southampton thanks to Sadio Mane's first goal at Anfield in 2021 and Thiago Alcantara's maiden strike for the club in the 90th minute has put them six points behind the fourth-placed Foxes with a match in hand.