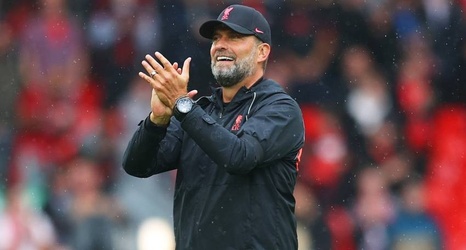 The Premier League encounter at Old Trafford will be Klopp's 331st game in charge of the Reds.

If his side take at least a point, the German will become the first manager in the club's history to record seven successive league fixtures against United without defeat.

Read on for more facts and figures ahead of the 4.30pm BST kick-off...

Mohamed Salah could become the first player in history to score at United in three successive Liverpool visits in all competitions.

Should he find the back of the net, Salah will also become only the second Reds player ever to score in his team's first five away league matches of a season – joining Sam Raybould, who did so in five during 1902-03.