Julian Naglesmann and Brendan Rodgers early favourites with the bookies to replace Jose Mourinho after his ruthless Tottenham sacking... with Steven Gerrard and Masimilliano Allegri also in contention 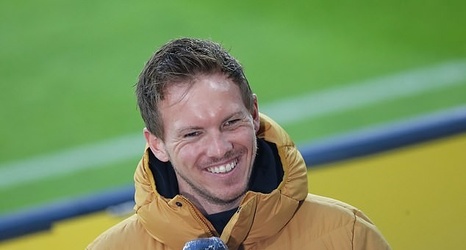 RB Leipzig manager Julian Nagelsmann is the early favourite to become the new Tottenham boss after Jose Mourinho was ruthlessly axed on Monday.

Masimilliano Allegri is fourth on the list with Rangers manager and Liverpool legend Steven Gerrard an eye-catching name in the running.

Mourinho was unceremoniously dumped by Tottenham on Monday morning just six days away from the Carabao Cup final against Manchester City at Wembley.