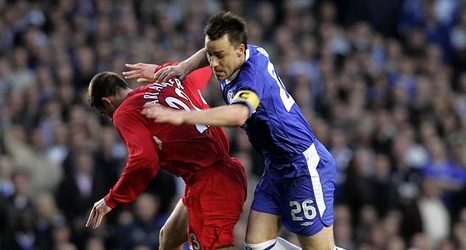 Jamie Carragher has praised John Terry as a better version of himself and claims the Chelsea legend's career remains underrated to this day.

Former Liverpool defender Carragher played with fellow centre-back Terry when they were both England internationals between 2003 and 2010, and has admitted he was struck by his resolve and tough-tackling nature when defending.

However, the current Sky Sports pundit also believes that Terry was as technically accomplished as the best during his playing days.

Carragher told Sky Sports' Off Script podcast: 'John Terry was basically a better version of me.