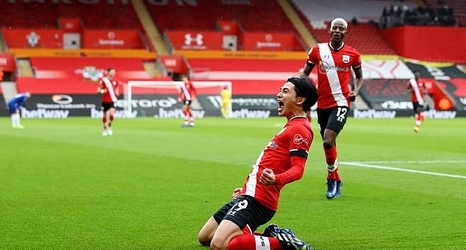 Joe Cole says Takumi Minamino has 'found a home' at Southampton after scoring his second goal in three games since arriving on loan.

The Japanese star joined the Saints on deadline day after struggling for game-time at Liverpool.

And Minamino has already scored more leagues goal for the South coast club than he had at Liverpool, since the Reds signed him in January 2020.

Minamino opened the scoring after running onto a lovely through ball by Nathan Redmond, before sitting down Edouard Mendy and Cesar Azpilicueta before tucking home.