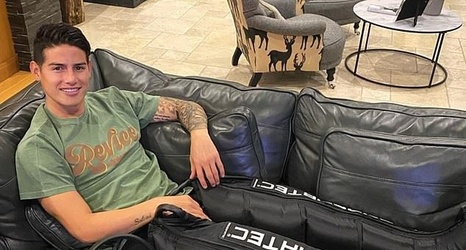 Everton star James Rodriguez has reportedly been suffering with a testicle injury since the Merseyside derby.

The Colombia international played the full 90 minutes against rivals Liverpool on October 17, which ended as a 2-2 draw, but he sustained bruising in a challenge with Virgil van Dijk.

Rodriguez has been recovering from a testicle injury by using a pressure-treatment therapy machine, according to Marca Colombia.

The report states that the playmaker has been using a device called NormaTec to help reduce bruising as ice is unable to be used.