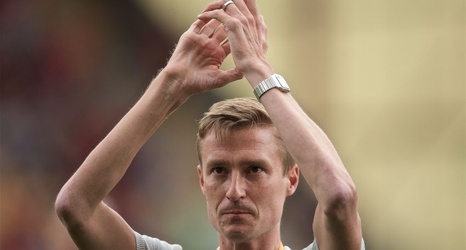 James Milner paid tribute to Stephen Darby's incredible strength after a special match between Liverpool and Bradford City in his honour.

Former Reds defender Darby was forced to retire from football at the age of 29 last September having been diagnosed with motor neurone disease.

Sunday’s pre-season match at Valley Parade raised funds for the Darby Rimmer MND Foundation, the foundation launched by Darby to increase awareness and help others.

Milner found the target twice in a 3-1 win for Jürgen Klopp’s side, one via a deflection and the other from the penalty spot, with Rhian Brewster also on the scoresheet.