'It is a project for me and I intend to follow it': Divock Origi has no intention of leaving Liverpool despite low place on pecking order as Belgian striker admits it would be 'painful' if Reds were denied the title 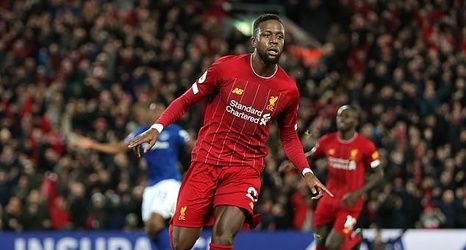 Divock Origi has no intention of leaving Liverpool despite being his low place in their attacking pecking order and believes he is improving under Jurgen Klopp.

The Belgian had actually featured in 36 different matches this season prior to football's Covid-19 suspension but had started just 10 of them.

But despite the forward being behind Mohamed Salah, Sadio Mane and Roberto Firmino on the list, Origi has become something of a cult hero at Anfield.

He scored twice in the stunning 4-0 win over Barcelona that carried Liverpool into last season's Champions League final and then scored the second goal clincher in the 2-0 win over Tottenham in Madrid.