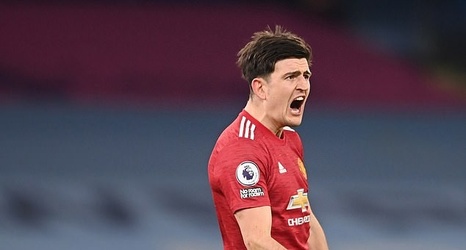 Harry Maguire has hit out at Manchester United's 'ridiculous' schedule which sees them play three times in five days.

The Red Devils travel to Villa Park on Sunday afternoon, before home games with Leicester on Tuesday and rivals Liverpool on Thursday.

Since joining United in the summer of 2019 for £80m, the England international has not missed a single league minute for Ole Gunnar Solskjaer's side.

Maguire is concerned that United's busy schedule could force him to sit out at least one game this week.