'Harry Kane scoring a hat-trick against us on the opening day!'': Tottenham fans fear their beloved striker will make his Man City debut in north London as Chelsea fans fume at tough start after Premier League fixture list for 2021-22 campaign is released 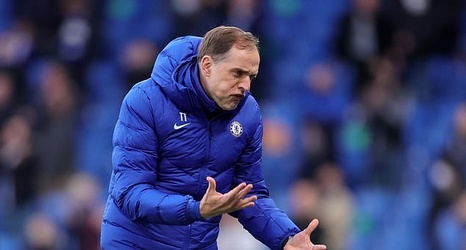 Chelsea and Tottenham fans have taken to Twitter to bemoan their tricky starts to the Premier League season after the fixtures for the 2021-22 campaign were released on Wednesday morning.

Thomas Tuchel ended the 2020-21 campaign in triumph having won the Champions League in Porto, with hopes high among supporters that the Blues can dethrone Manchester City of their title.

However the German faces a nightmare start to his first full campaign in charge of Chelsea, with trips to four 'Big Six' rivals in the first six matches, including Arsenal, Liverpool, Tottenham and City.