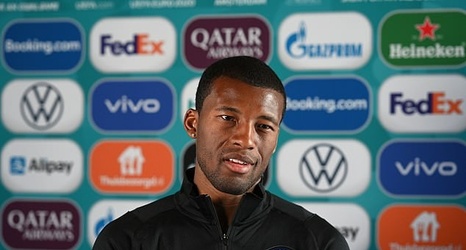 Georginio Wijnaldum says he chose to sign for Paris Saint-Germain over Barcelona because the Catalans took too long in their negotations.

Wijnaldum was a free agent after leaving Liverpool at the end of his contract and had long been linked with a move to the Nou Camp to join up with his former international boss Ronald Koeman.

But the 30-year-old instead signed a three-year deal with PSG, who are said to have agreed to double the wages Barca were offering.

The midfielder, who is preparing for Holland's opening Euro 2020 game against Ukraine on Sunday evening, said it had been a difficult decision.