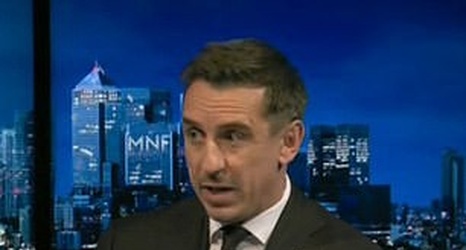 Gary Neville has insisted that Declan Rice needs to transfer to a Champions League club to take the next jump in his career.

The England midfielder has been heavily linked with a move away from West Ham, having been a standout player for them in their push for Europe last season, before further impressing on the international stage during Euro 2020.

Rice has enjoyed Europa League football with the Hammers so far this season, scoring twice in their Group H games against Dinamo Zagreb and Rapid Vienna.

The 22-year-old has become a key player for the club, captaining the side in the absence of Mark Noble.