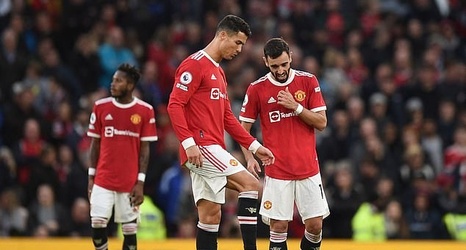 Gary Neville has laid into Ole Gunnar Solskjaer after Manchester United were put to the sword by Liverpool in a first-half shocker saw them go in at half-time 4-0 down.

Naby Keita scored after just five minutes for the Reds and it didn't let up from there for the hosts, with Diogo Jota and Mohamed Salah (twice) cashing in as the Red Devils made an astonishing capitulation in front of furious fans.

And Neville, who has insisted he would not call for his friend and former team-mate to be sacked as Manchester United manager, nonetheless called their showing 'really disturbing' and criticised the coaching staff.