Gallery: Mane and Keita strike in training workout at Anfield 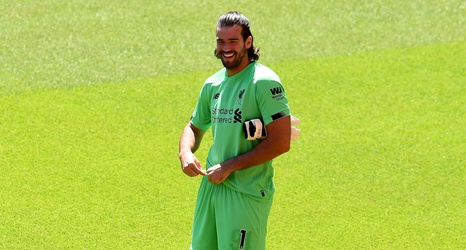 The Liverpool squad took part in a training routine at Anfield on Monday as preparations continued ahead of the Premier League's provisional restart date later this month.

Sadio Mane and Naby Keita were both on target in a keenly contested workout in the sunshine, overseen by Jürgen Klopp and his backroom staff.

Georginio Wijnaldum was present but did not take part as a purely precautionary measure, with the club’s medical team electing to take no risks with any minor knocks.