FEDE VALVERDE INTERVIEW: He plays like Steven Gerrard, idolises Luis Suarez and has a soft spot for Liverpool... but Real Madrid's enforcer is looking to finish the job and KO the Reds in the Champions League tonight 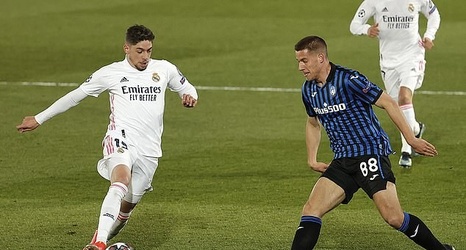 He's been likened to a young Steven Gerrard, and he grew up cheering every goal Luis Suarez scored at Anfield.

But before we ask Real Madrid's Uruguayan midfielder Fede Valverde about the Liverpool he faces tonight, we should ask him about the 'other one'.

'Of course there's a Liverpool in Uruguay too,' he says. 'They don't play in red, they play in Everton's blue but they were champions of the 'Clausura' (domestic tournament for the second half of the season). They played well, they deserved it.'

There's a club on every corner in football-crazy Montevideo where Valverde was born and 'Liverpool Futbol Club', founded in 1911 and named after the port the ships delivering coal had arrived from, is one of them.