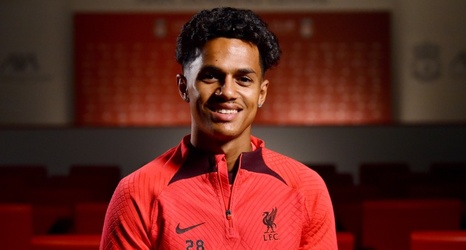 Fabio Carvalho is eager to get started after sealing a move to Liverpool that he described as a decision that needed no persuasion.

The 19-year-old attacker is now officially a Red following a hugely impressive 2021-22 campaign in which he helped Fulham win the Championship by providing 10 goals and eight assists.

On his first day with the club at the AXA Training Centre, Carvalho sat down with Liverpoolfc.com for an exclusive interview about his excitement for the future at Anfield.

The new No.28 also explained how Jürgen Klopp’s record of developing young talents added to the club’s appeal, discussed his style of play and revealed why his father is a massive Darwin Nunez fan.