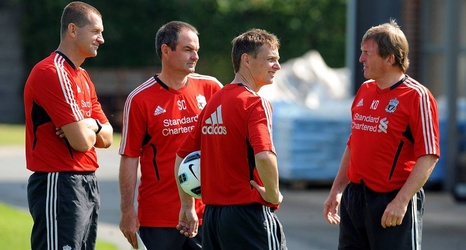 A decade as part of Liverpool's first-team coaching set-up went by in a flash for John Achterberg.

The recently-completed 2020-21 campaign marked 10 years since the goalkeeping coach began working with the senior Reds side in 2010-11.

Having joined the club in 2009 from Tranmere Rovers initially to work with younger age groups, the Dutchman has since been an important staff member under four managers – Roy Hodgson, Kenny Dalglish, Brendan Rodgers and now Jürgen Klopp.

"Time flies, to be honest," Achterberg reflects. "It goes too quick but it also means that you enjoy it because otherwise you don't think it goes that quick.