Diego Simeone snubs handshake with Jurgen Klopp AGAIN after his Atletico side lost at Anfield with the Argentine standing by his stance on the 'false' gesture... but the Liverpool boss insists his decision is 'no problem' 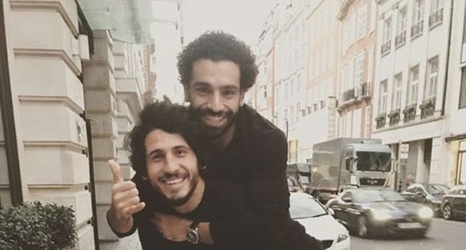 Atletico boss Diego Simeone again snubbed Jurgen Klopp after his side's 2-0 defeat to Liverpool, heading straight down the tunnel instead of shaking his rival boss's hand and standing by his promise.

Simeone sparked huge controversy by refusing to embrace the German last month after the Reds won 3-2 in Madrid, storming back into the dressing room, but has since reiterated his belief that the gesture is 'fake' because two managers are in 'different emotional minds' after a game.

He had warned in the build up to the second game that he would snub the handshake once again, saying he was aware it was common in England but insisted he 'did not like' it, and at full time he disppeared while Klopp celebrated the victory with his players.