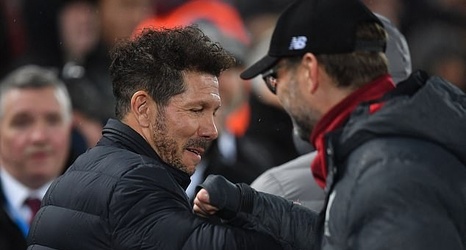 Fiery Atletico Madrid manager Diego Simeone has hinted that he will once again be snubbing Jurgen Klopp's handshake when the two sides meet on Wednesday night.

Simeone recently risked the ire of Klopp after storming down the tunnel following a 3-2 loss to Liverpool at the Wanda Metropolitano two weeks ago.

The Argentine had been left furious by a late decision to deny his ten-men side a penalty, therefore ensuring Klopp's side were able to see a marginal victory over the line.

The Reds boss could only watch on as his opposite number darted down the tunnel at the final whistle without any acknowledgement.