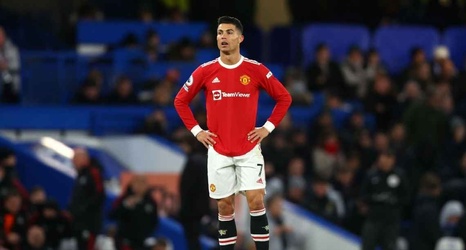 Cristiano Ronaldo headed straight down the tunnel at the end of Manchester United's 1-1 draw at Chelsea on Sunday without even a glance over his shoulder to his teammates or the supporters who so readily chant his name.

The former Real Madrid and Juventus forward doesn't tend to hang around on the pitch once the final whistle has blown, but his sharp exit at Stamford Bridge seemed more pointed than usual. It certainly wasn't due to fatigue, considering he had only been involved for 26 minutes after replacing goal scorer Jadon Sancho as a second-half substitute.