Billy 'the kid' Koumetio: I'm here to show what I can do 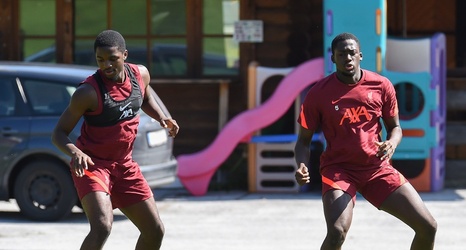 Billy Koumetio has returned to Austria more comfortable around the Liverpool first team, though with the same nickname.

The teenager enjoyed his first pre-season with the Reds' senior set-up in Salzburg last summer, during which he was repeatedly called 'Billy the kid' by Jürgen Klopp.

Since then, he's enjoyed more exposure to Klopp's side, along with a senior debut in the Champions League when he came on at half-time away at FC Midtjylland.