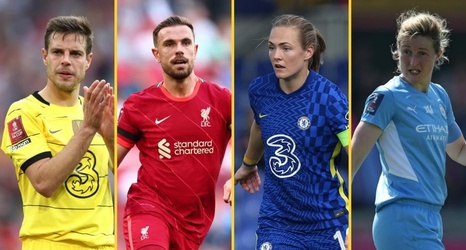 Chelsea play Liverpool in the FA Cup final on Saturday, 14 May (16:45 BST), which will be live on BBC One, BBC iPlayer, the BBC Sport website and ITV.

The Women's FA Cup final between Chelsea and Manchester City will be broadcast live on BBC One and BBC iPlayer on Sunday, 15 May (14:30).

BBC Radio 5 Live will also provide coverage of both games.

This year's match will be the 150th anniversary of the first men's FA Cup final.