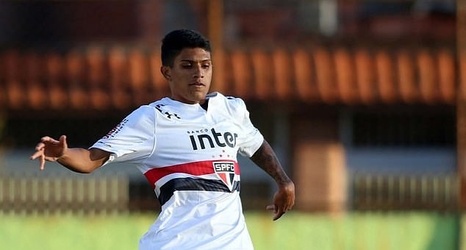 Barcelona hurried their signing of Gustavo Maia from Sao Paulo in order to beat competition from Liverpool and Atletico Madrid.

Barca have reportedly agreed to pay an initial fee of just under £1million and then a further £3.2million to secure a 70% ownership of the 19-year-old.

The club were not considering completing the deal until later but Spanish newspaper Marca report that they rushed it through amid the competition from the Reds and Atletico.

The player's agent Nilson Moura has said: 'The person who saw him was a scout from Barcelona.