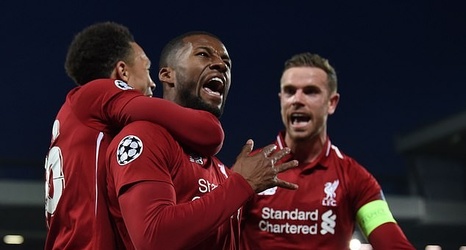 On the face of it, an exhilarating, near-faultless nine months of football was set to be fruitless for Liverpool this time last year.

Humbled by a lesson in finishing by Lionel Messi and Co a week earlier and with their Premier League title exploits all but over after a Vincent Kompany piledriver the night before, the best Liverpool side in a generation needed a performance of a lifetime if they were to salvage anything from 2018-19.

Three down, against a sumptuous, fully-strength Barcelona side. With Mohamed Salah and Roberto Firmino, injured and with the whole squad knackered after a draining season, this third do-or-die tussle in six days was to be a bridge too far.