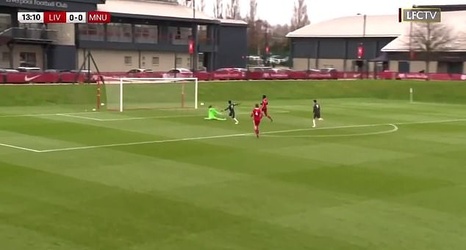 Amad Diallo made an immediate impact for Manchester United as he scored for their Under 23s side against Liverpool.

The Premier League 2 derby clash marked the first time that Diallo had put on a United shirt for a game.

It took just 13 minutes for Diallo to put his side ahead when he robbed Liverpool defender Billy Koumetio off the ball and coolly slotted home past the goalkeeper.

Diallo had another chance later in the first-half when he and French midfielder Hannibal Mejbri linked up, but United's new signing narrowly missed.