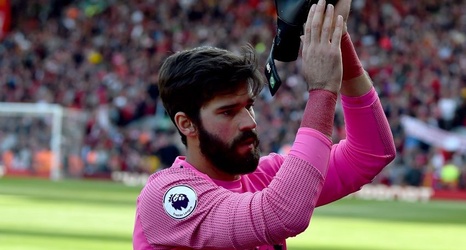 Alisson Becker might have enjoyed an award-winning debut season as a Liverpool player, but the Brazilian is capable of becoming an even better goalkeeper – according to John Achterberg.

Following his transfer from AS Roma last July, the 26-year-old has posted a remarkable maiden campaign with the Reds so far, clinching the Premier League’s Golden Glove after achieving 21 clean sheets in the top flight, and is now preparing for the Champions League final against Tottenham Hotspur.

Nevertheless, the club’s first-team goalkeeping coach – Achterberg – is convinced Alisson still has the potential to improve even further.