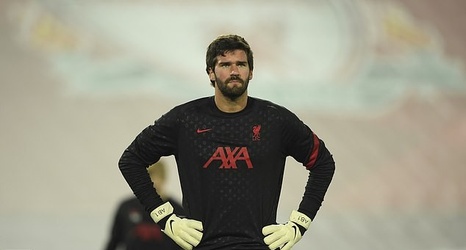 Alisson has become the latest of the Liverpool contingent to criticise Jordan Pickford for the reckless challenge that has ended Virgil van Dijk's season.

The Dutch defender required surgery on his knee after a poor challenge from the Everton goalkeeper in the Merseyside derby earlier this month saw him suffer anterior cruciate ligament damage.

Liverpool team-mates Adrian and Georginio Wijnaldum were among the stars who insisted they could not defend the England No 1 for the tackle, with the latter labelling it 'stupid'.

Now, speaking to Sky Sports, Brazilian Alisson admitted that while goalkeeper's can have different techniques when tackling insisted that Pickford's challenge was 'an unnecessary moment'.