Alisson Becker: Istanbul heroes inspire me and my teammates 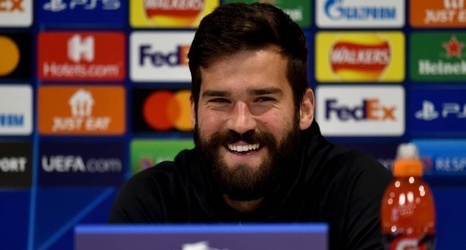 Jürgen Klopp's side kick off their 2021-22 campaign in the competition against the Serie A outfit, who were beaten by the Reds in Istanbul 16 years ago in a truly unforgettable final.

Alisson was an absorbed viewer of the spectacle – which Liverpool won on penalties after recovering from a 3-0 first-half deficit – as idols and fellow Brazilians Dida, Cafu and Kaka lined up for I Rossoneri.

Speaking at a press conference ahead of the Anfield Group B opener, Alisson recalled: "Dida was really an influence for me – not only for me but for all the Brazilian goalkeepers.