Zambia: Can Daka, Mwepu and Salaka lead revival of national side? 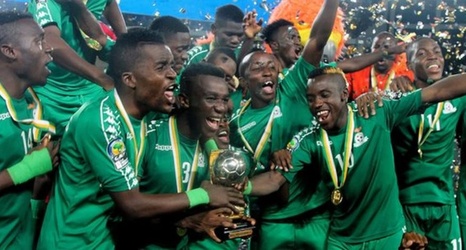 After waiting nearly 30 years to see one of their countrymen score in the Premier League, Zambian football fans then only needed wait a fortnight to see another player hit the back of the net.

A flourish it may have been but it also indicated that a country whose national team fortunes have slumped of late can look forward to a far brighter future.

For Leicester City striker Patson Daka and his close friend, Brighton midfielder Enock Mwepu, are lighting up the Premier League like no Zambian before.

The nation was one of Africa's most consistent sides in the 1990s before becoming shock African champions in 2012 but there has been a steady decline since.