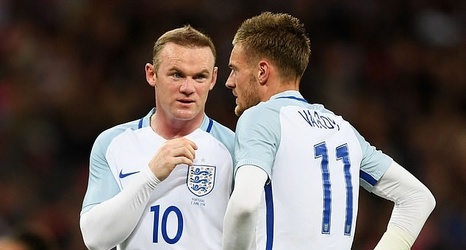 Wayne Rooney has revealed that he would have 'tried absolutely everything' to convince Jamie Vardy to make a U-turn on his England retirement and return for Euro 2020 this summer.

Leicester ace Vardy, 34, enjoyed another fine season in the Premier League and has shown no signs of allowing his age to catch up to him, leading to last-minute calls for him to be considered for the upcoming showpiece.

Now, it has been confirmed that Rooney also believes Vardy is deserving of a spot in the Three Lions' ranks, with the legendary former international even claiming he would start him up front alongside Harry Kane.