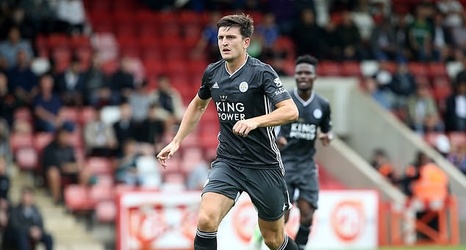 If Harry Maguire has been affected by the uncertainty over his future at Leicester City he is not letting it show, according to team-mate Wes Morgan.

Maguire has been the subject of bids from both Manchester United and Manchester City which have been rejected and Leicester are holding out for a fee in excess of £80 million. The defender has told Leicester he would like to speak to either United or City if their valuation is met, but Morgan says he has been the same old Maguire down at the training ground.