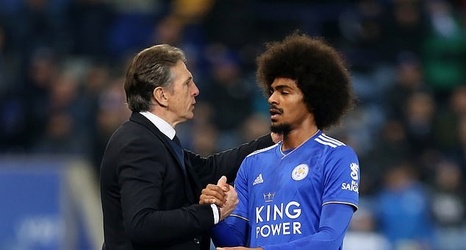 It was before Christmas when Leicester City boss Claude Puel suggested academy graduate Hamza Choudhury would go out on loan in January.

There is little chance of that happening now. The 21-year-old has started the last two Premier League matches and his introduction to the team has coincided with victories over Chelsea and Manchester City.

Here, we take a closer look at the midfield star who has stood out for far more than his distinctive hairstyle over the festive period…

What is his background?

Choudhury was born in Loughborough, his mum is from Bangladesh and his dad is from Grenada, and joined Leicester’s academy aged seven.