Rodgers upset after masked burglar takes selfie outside his house 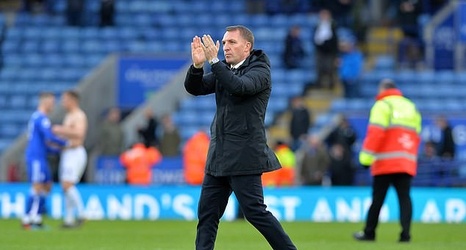 Brendan Rodgers says it is 'hard to understand the world at times' after a burglar posted a selfie from inside the Leicester manager's Glasgow home on social media.

The house Rodgers lived in with his wife and young stepdaughter was raided in the early hours of Wednesday and now one of the men, wearing a balaclava, has flaunted his crime.

Rodgers was able to put the trauma to one side as he oversaw victory on his first home match as Leicester manager, but this week's events have clearly left an impression.

'It's not nice to wake up to see what we did this morning, it's hard to understand the world we are in at times,' he said.