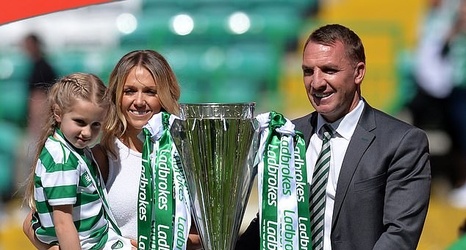 Brendan Rodgers' wife and stepdaughter have been left badly shaken after coming face to face with burglars as they raided the former Celtic manager's Glasgow home.

The raid took place just a week after Rodgers left Celtic to take over at Leicester.

Sky Sports report that Rodgers' wife Charlotte and her young daughter were forced to barricade themselves in the bathroom as thieves ransacked the place in the early hours of Wednesday morning.

Charlotte and her daughter Lola were asleep but were woken by voices when two intruders broke in. Sky Sports also report they were left badly shaken after the burglars burst into the main bedroom and shone torches on them.