REVEALED: Leicester have spent an incredible 567 DAYS in the Premier League's top four over the last two seasons - more than ANY other team - but failed to secure Champions League football in either campaign 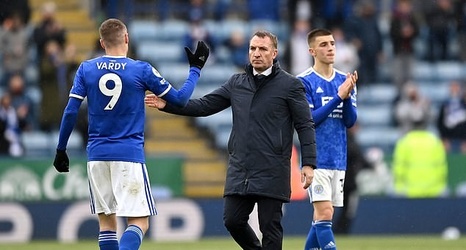 Leicester have spent more time in the Premier League's top four than any other team over the last two seasons, but still failed to secure Champions League football in either.

The Foxes have occupied a place in the top four for an incredible 567 days over the last two seasons, but have only gone on to manage consecutive fifth-placed finishes under manager Brendan Rodgers.

Incredibly, their time in the Champions League spots totals over three times as much as Manchester United, who have only been in the top four for a combined 178 days but still managed to finish third last season and second in the current campaign.