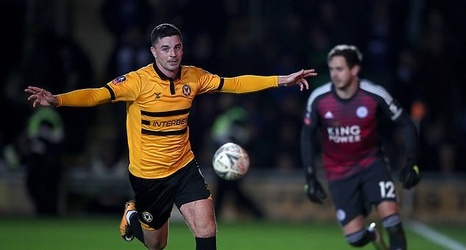 Jamille Matt's glancing header had given the Exiles the lead after 10 minutes but Leicester's Rachid Ghezzal rifled into the top corner on 82 minutes to level the score.

After Marc Albrighton was penalised for handball in the penalty area Amond converted from the spot, sending Ward the wrong way at a jubilant Rodney Parade.

Amond told the BBC after the game: 'It's a penalty so you're expected to score.