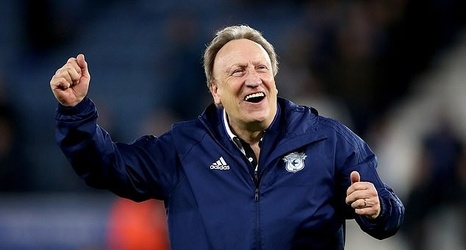 Cardiff’s victory at Leicester was not just their first Premier League away win this season, or a confidence booster.

It was also an advert to appeal to the January recruits Neil Warnock is hoping to sign.

Going to the home of a side who had beaten Chelsea and Manchester City over Christmas and coming away with three points might just be enough to convince some players weighing up a move.

Certainly, Warnock thinks it could persuade one or two. ‘We’ve got nine or ten concrete inquiries in for players,’ he said.