Manchester City and Liverpool showdown moved to November 8 in latest round of Premier League TV picks... with no mention yet of matches continuing on controversial pay-per-view system 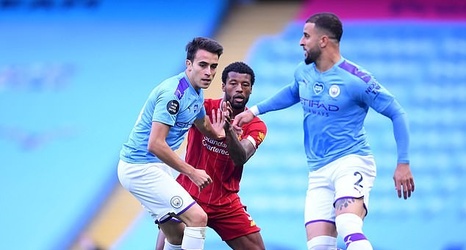 Manchester City's crunch clash with title rivals Liverpool has been moved to Sunday, November 8 after the Premier League announced the next cohort of matches to be broadcast live.

A host of fixtures have been moved around in order to accommodate the broadcasting slots for television, with the league now announcing the run-down of games from matchweeks 8 to ten.

City will now welcome Jurgen Klopp's Liverpool to the Etihad for a 4.30pm kick-off, following on from the earlier fixture of the day which will see Leicester City take on Wolves.