Liverpool 'SNUB Ozan Kabak as Reds turn down chance to sign Turkish defender in a £20m deal... as Jurgen Klopp's side close in on £30m transfer for RB Leipzig star Ibrahima Konate' 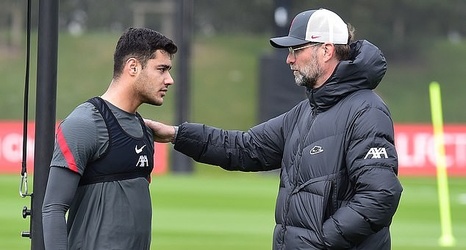 Liverpool have reportedly snubbed the opportunity to sign Ozan Kabak on a permanent deal, with the Anfield side on the verge of signing Ibrahima Konate from RB Leipzig.

The 21-year-old Turk was roped in on deadline day in the January transfer window with Jurgen Klopp desperate for defensive reinforcements after Virgil van Dijk and Joe Gomez suffered long-term injuries.

Kabak endured a shaky start to life in Merseyside, with a poor debut against Leicester City in which a blunder between himself and Alisson Becker led to a Jamie Vardy goal as Brendan Rodgers' side ran out 3-1 winners.