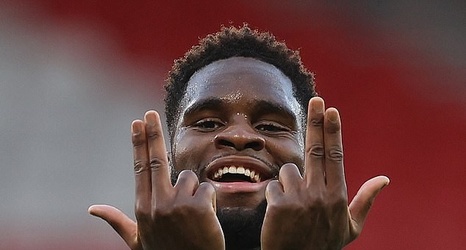 Leicester have reportedly won the race to sign Celtic striker Odsonne Edouard, seeing off competition from Arsenal and Brighton.

Foxes manager Brendan Rodgers signed the sought-after forward for the Scottish side for a club-record £8million fee in 2018.

And according to the Times, a reunion with Rodgers was a a crucial factor in persuading Edouard to move to the King Power amid interest from the Gunners, Brighton, Tottenham and Italian champions Inter Milan.

It is understood the deal will be officially rubber-stamped once Celtic confirm Ange Postecoglou as their new manager, with UEFA approval still needed to bring the Australian in as boss at Parkhead.