Leicester 'sell just 25 TICKETS of their 675 allocation for their Europa League clash with Spartak Moscow', with travel to Russia's capital proving to be a nightmare for Foxes fans 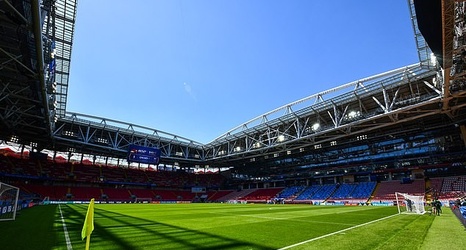 Leicester City have only managed to sell 25 away tickets for Wednesday afternoon's Europa League group game with Spartak Moscow, according to the Russian Premier League club.

Brendan Rodgers and his team set off for the Russian capital on Tuesday morning after they were scheduled to play the group game at the unusual time of 3:30pm (UK time) on a Wednesday – a weekday typically scheduled for Champions League matches.

With the Covid situation rapidly changing in Russia, the Premier League side were only allocated a total of 675 tickets for the game but have only managed to flog a handful for the game.