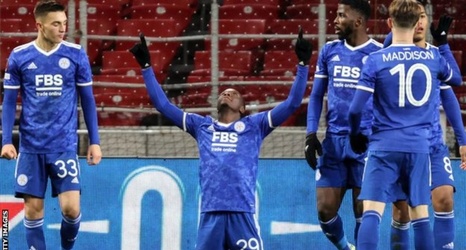 Leicester City could be without several players for their Europa League group game against Spartak Moscow on Thursday because of a sickness bug.

Midfielder James Maddison and winger Harvey Barnes are among those in doubt, and long-term injury absentee James Justin has also been unwell.

Ayoze Perez, however, is expected to return having missed the past three games because of illness.

Ricardo Pereira is being assessed, while Marc Abrighton remains out.

Manager Brendan Rodgers said he expected Maddison and Barnes to be "OK for the weekend" if they were unable to play on Thursday.

Leicester travel to Leeds United in the Premier League on Sunday (14:00 GMT kick-off).