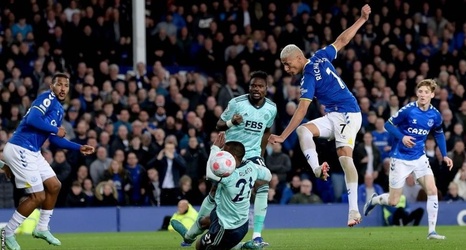 Leicester boss Brendan Rodgers is likely to make changes to freshen up his side following Thursday's exit to Roma in the Europa Conference League semi-finals.

Injured pair Ryan Bertrand and Wilfred Ndidi will miss the rest of the season.

Everton manager Frank Lampard is hopeful Richarlison will play despite soreness in his ankle.

Leicester have had a difficult season, playing Thursday-Sunday for most of it because of their European involvement, but they have only just dropped out of the top half of the table.