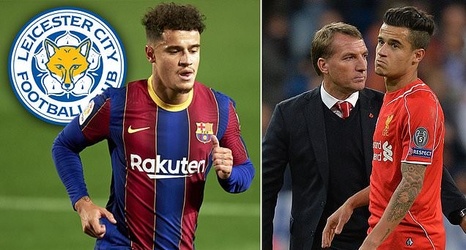 Leicester City are considering a surprise move for Barcelona midfielder Philippe Coutinho, according to reports in Spain.

The 29-year-old has failed to live up to expectations since joining the Catalan giants from Liverpool in a reported £105million move, scoring just 15 LaLiga goals in 64 Spanish top-flight appearances.

The Brazilian has not played for Barcelona in 2021 after suffering a serious knee injury which ended up requiring two surgeries against Eibar in late December.

Now Mundo Deportivo claim Barcelona are keen to offload Coutinho from their inflated wage bill, and have linked Leicester with a £20m move for the former Inter Milan star.