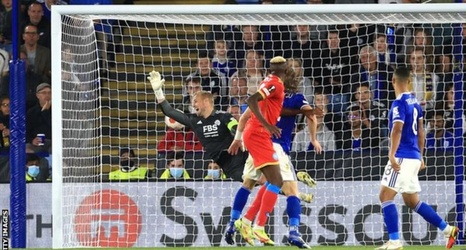 Brendan Rodgers said his "young team will learn" after they gave away a two-goal lead over Napoli in their Europa League opener at King Power Stadium.

Napoli's Victor Osimhen scored twice in the second half after Ayoze Perez and Harvey Barnes had given Leicester a 2-0 lead.

Osimhen's exquisite touch past Kasper Schmeichel reduced the deficit, before he completed the comeback with a header in the 87th minute.

"The crime isn't giving away the two goals, the crime is if you don't learn from it. I'm sure that is something this young team will do," said Rodgers.